The band’s name MAGEFA ,comes from Hebrew and means Plague.

Unlike many other bands that go in this particular category of extreme metal, our music is not just about hard riffs and pig squeals but more to the oldschool part (as some reviews may say).

Inspired by bands like Carcass, Bolt Thrower and Death our band has begun it’s journey in 2014.

All sort of things have to have a beginning, so we released a 3-track demo in 2016 called “A Peek Into Human Bodies”.

We started having a couple of concerts in the region and were hungry for more.

So we recorded an EP named “New Era Of Darkness” in 2019 bringing the most part of our songs to a listenable medium.

The EP got a pretty good resonance throughout the listeners so we decided to record another one.

The first Single from the upcoming new EP is  ‘INSTRUMENT INSIDE’ -released 17-Nov-2020 .

The new EP is planned to be released in Jan-2021 and will include ‘Instrument Inside’ as well as other new 5 songs !!

Links to stream our music:

Go ahead and give it a try !! We promise you’d be surprised !! 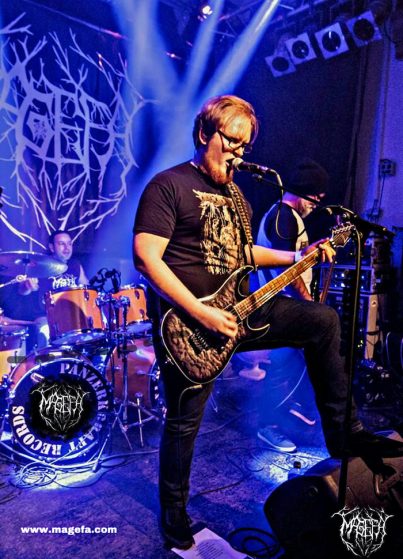 Any cookies that may not be particularly necessary for the website to function and is used specifically to collect user personal data via analytics, ads, other embedded contents are termed as non-necessary cookies. It is mandatory to procure user consent prior to running these cookies on your website.

You have successfully subscribed to the newsletter

There was an error while trying to send your request. Please try again.